I was watching some behind the scenes shots from the Blue Sky film “Epic”, and saw a lot of reference footage that was acted-out by the animators and used as a reference. I thought that the motion and timing was very naturalistic, and if a big studio can do it, then why not me? 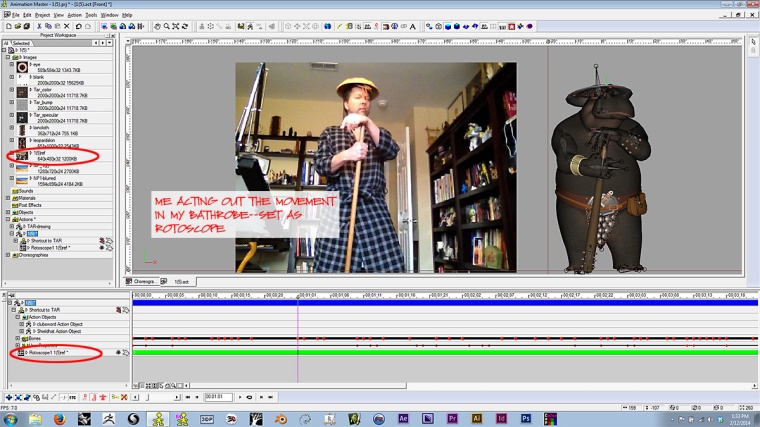 So I opened up the iPad and filmed a couple of takes of me taking off my shield/hat and flipping my staff around to use as a club, as storyboarded. 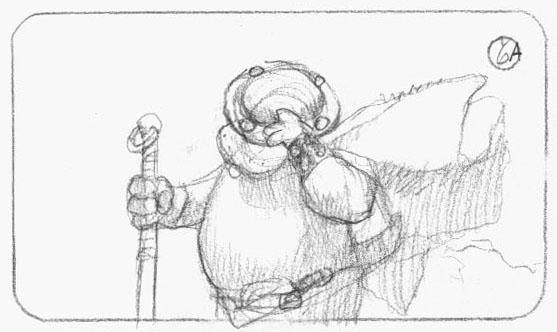 Dropping the footage into Animation:Master as a rotoscope, I was able to step forward in the timeline and see myself acting out the shot.  The timing and spacing was already worked out–I just stepped to where I needed to set keyframes and posed TAR to match….

One thing that had struck me as odd on the Blue Sky example is that the reference shot matched the finished shot exactly for the camera angle…. To me, I had thought of myself as TAR, standing looking into the shadows at Ninja Pass–preparing to charge into a fight! The best camera angle came after I had dropped TAR into the Choreography.