One of the strengths of 3D printing is the ability to create shapes that cannot be manufactured with traditional methods like injection-molding.  I want  to try and create miniatures that take advantage of this, rather than cut up the model as if it were going to be molded.

Since my last project was 3D printable Caves for tabletop gaming, I decided to create some miniatures to populate those caverns, and to design them for small SLA printers like Anycubic Photon and Sparkmaker to take advantage of the amazing level of detail that they can reproduce. 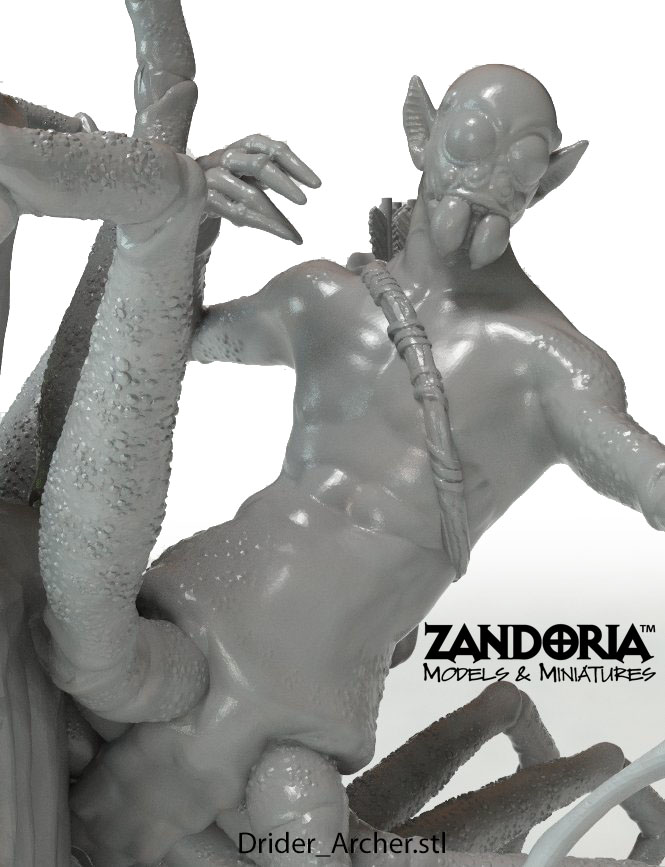 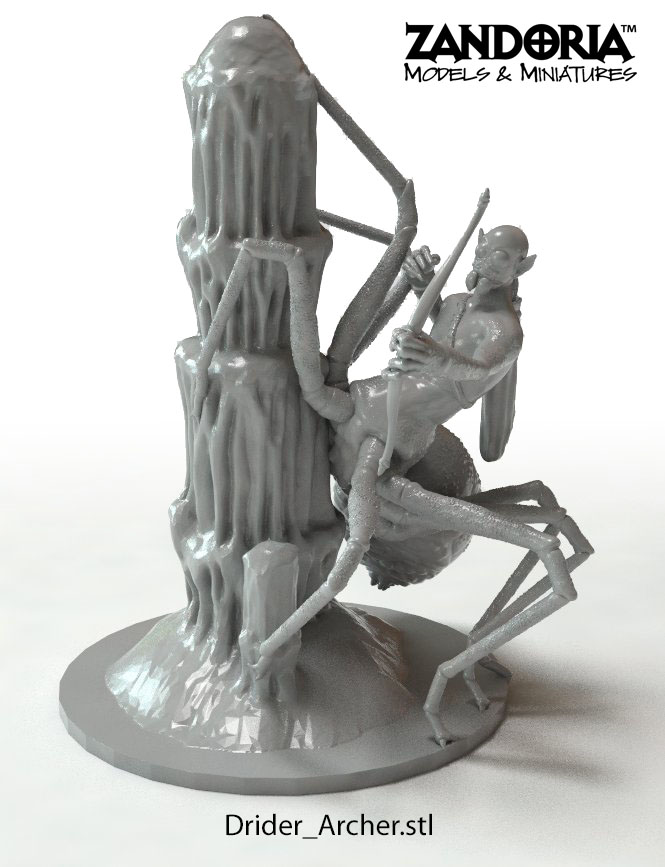 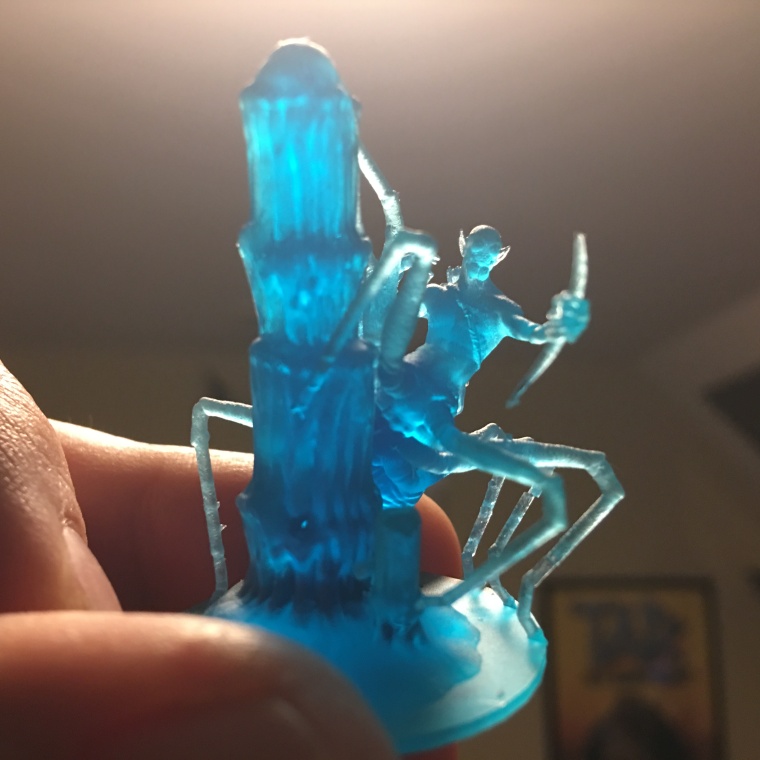 The “Drider” is a creature familiar to players of Dungeons & Dragons or Pathfinder. It is part dark elf and part spider.  Driders are often portrayed as a “spider centaur” with the upper body very human (or elf), but I decided that my cave driders were especially cursed–even their faces transformed into a spider!

I have 3 different weapon poses, and also a Dead Drider option–so that the Dungeon Master can switch out miniatures rather than tipping over the dead monsters. 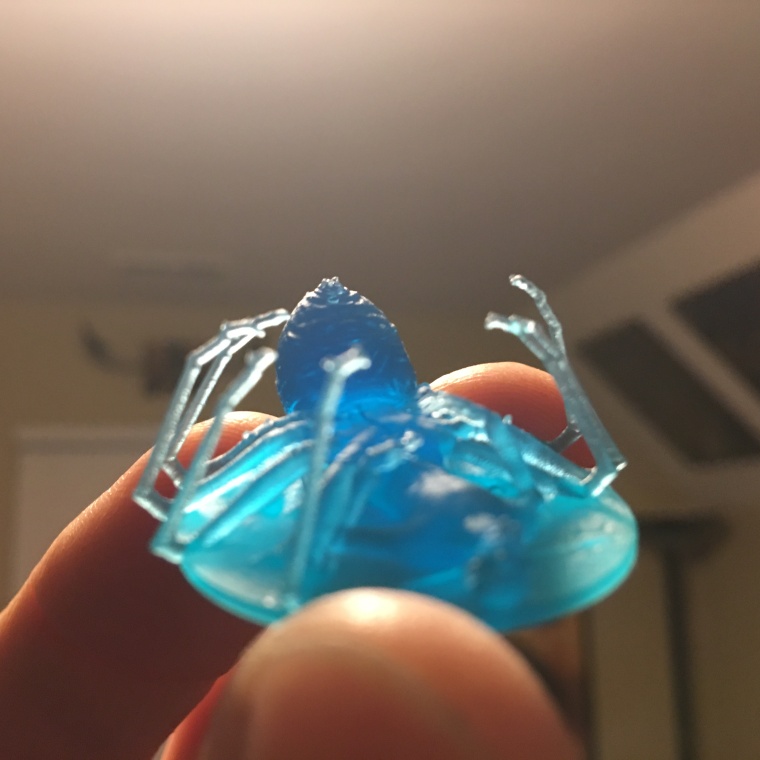