I’ve been working on this for so many months, it feels great to finally have something to share with you! Thanks to all of my friends and family who have encouraged me to keep going, especially to my wife Sharissa for her faith and support!

I hope you will share the video with your friends and followers, so that TAR of Zandoria finds some fans 🙂 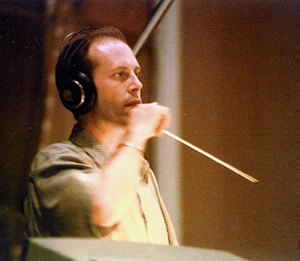 Alan Williams is an award-winning composer and conductor with more than 100 motion picture and television credits. Alan’s scores include the Academy Award nominated IMAX film, Amazon, Sony Pictures Classics’ Mark Twain’s America in 3D and some of the highest rated movies made for television. Alan composed the award-winning score to the animated film, “The Princess and the Pea” and also co-wrote the original songs with Grammy Award winning Lyricist David Pomeranz as well as the Student Academy Award winning short “Pajama Gladiator”.  His score to “Estefan” received an Annie nomination for best original score. He has been awarded the Insight Award for Excellence for his score to “Kilimanjaro: To the Roof of Africa”, 13 Accolade Awards for Best Original Score, 8 Park City Film Music Festival Gold Medal for Excellence awards as well as his score to “Crab Orchard” being named as one of the Top 20 Film Scores of 2005.  Alan has received 3 Global Music Awards for his albums “The Cinema Collection”, “The Documentary Collection” and “Patriots of Freedom” and a Prestige Film Gold Award for his score to “Cowgirls n’ Angels.”

When Alan contacted me during last years Kickstarter campaign about creating music for TAR, I didn’t really understand just how amazing and generous his offer was. I had an idea that the score needed drums, but otherwise I was pretty clueless about music…

Today he blew my mind with the the most awesome, visceral, pounding, epic musical score for the first episode! My heart was racing as I listened to it! It was just intensely powerful–it totally takes the animation to a higher level. It is EPIC!

You will hear it soon, and I know you will love it too. Until then, check out his work at http://alanwilliams.com